Thanks to everyone who read, discussed and ventured a guess on our MBTA Station Prints Quiz last week. We were excited about the level of engagement and loved reading your comments and tweets. This post will discuss the mystery stations, give some further interesting details we discovered during the process, and yes, reveal the answers. 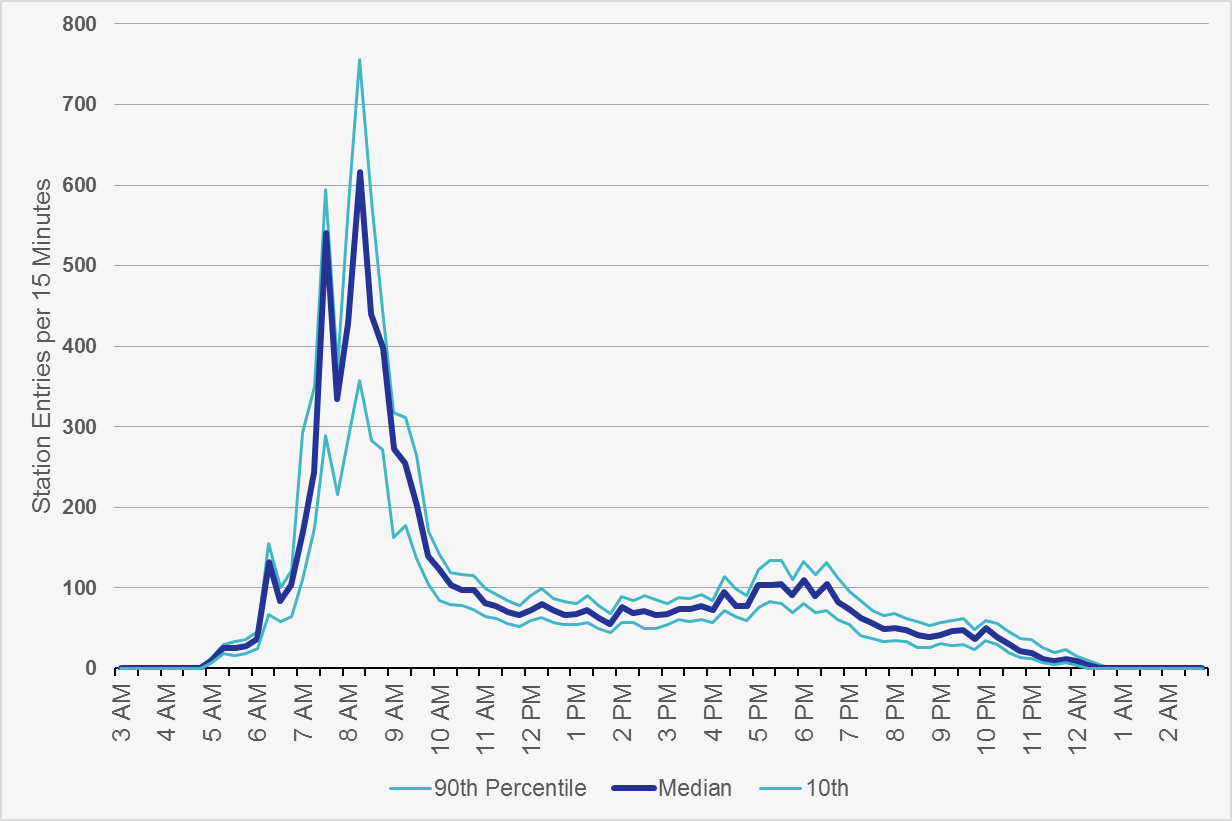 A good number of people got this one. The two big clues were the overall shape of the chart, and the trio of peaks in the morning. Like the Back Bay example, this is a station with AM peak walk-up ridership and multiple commuter rail arrivals throughout the morning. We did an in-depth look at this station in the AM to really look at the peaks. The following chart shows station entries at this station, but totaled every 5 minutes instead of every 15. To match the scale of the all-day chart, the 5-minute totals are multiplied by 3. 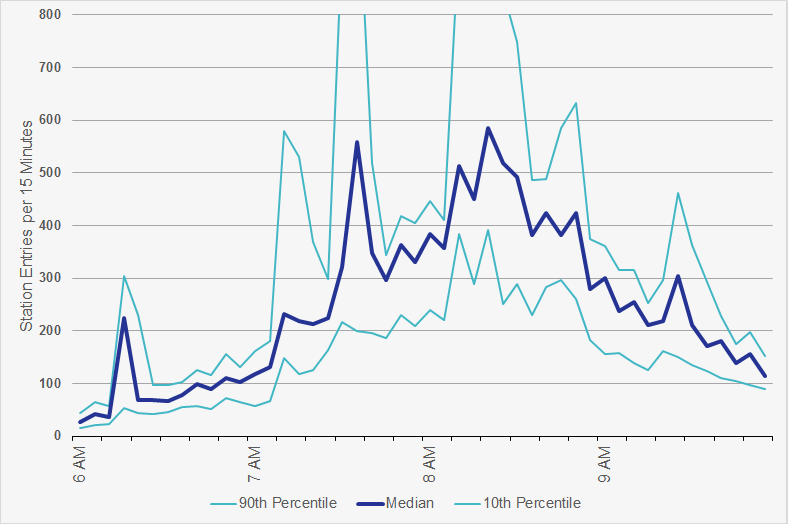 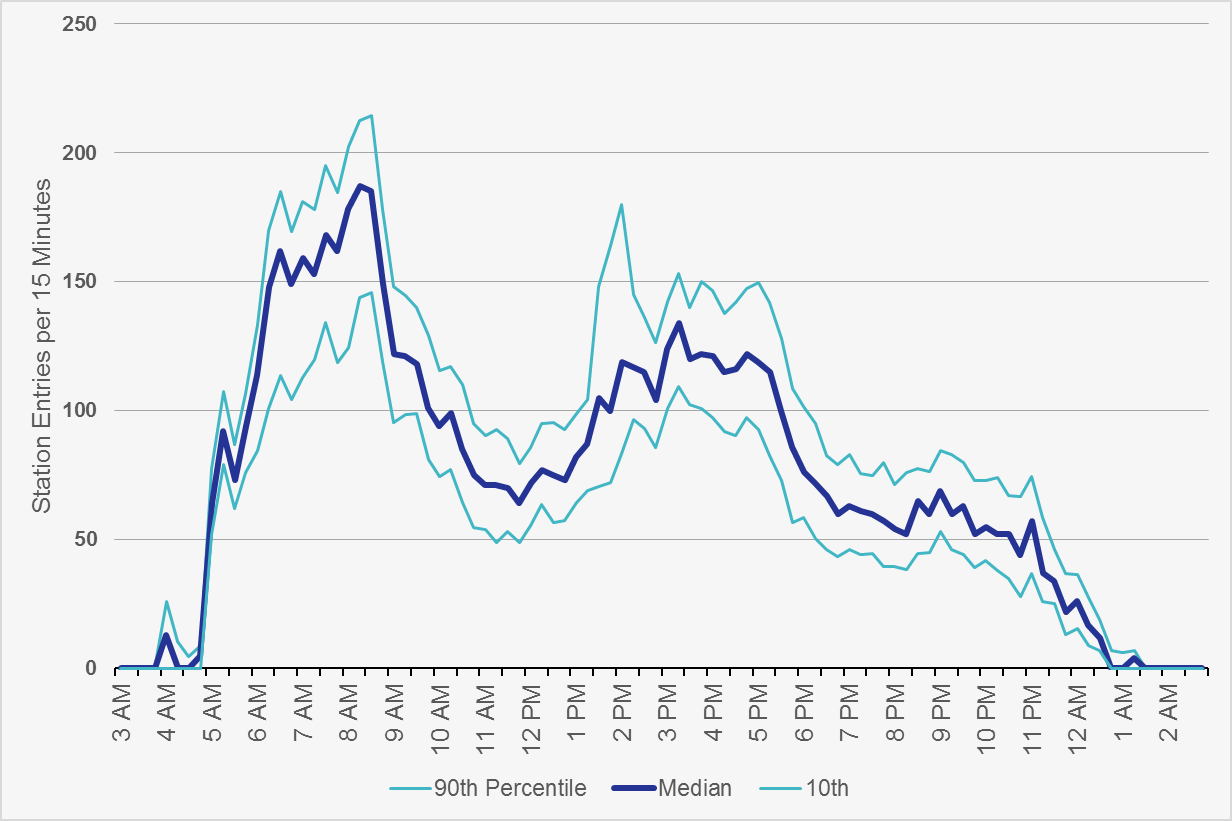 This was a little trickier. We see a morning peak, and then another peak between about 2 PM and 6 PM, but no major valleys throughout the day. Even at 11 PM, there are usually a decent number of people entering the station. As a few people guessed, the relatively low and steady ridership pattern suggests passengers coming from the Airport. 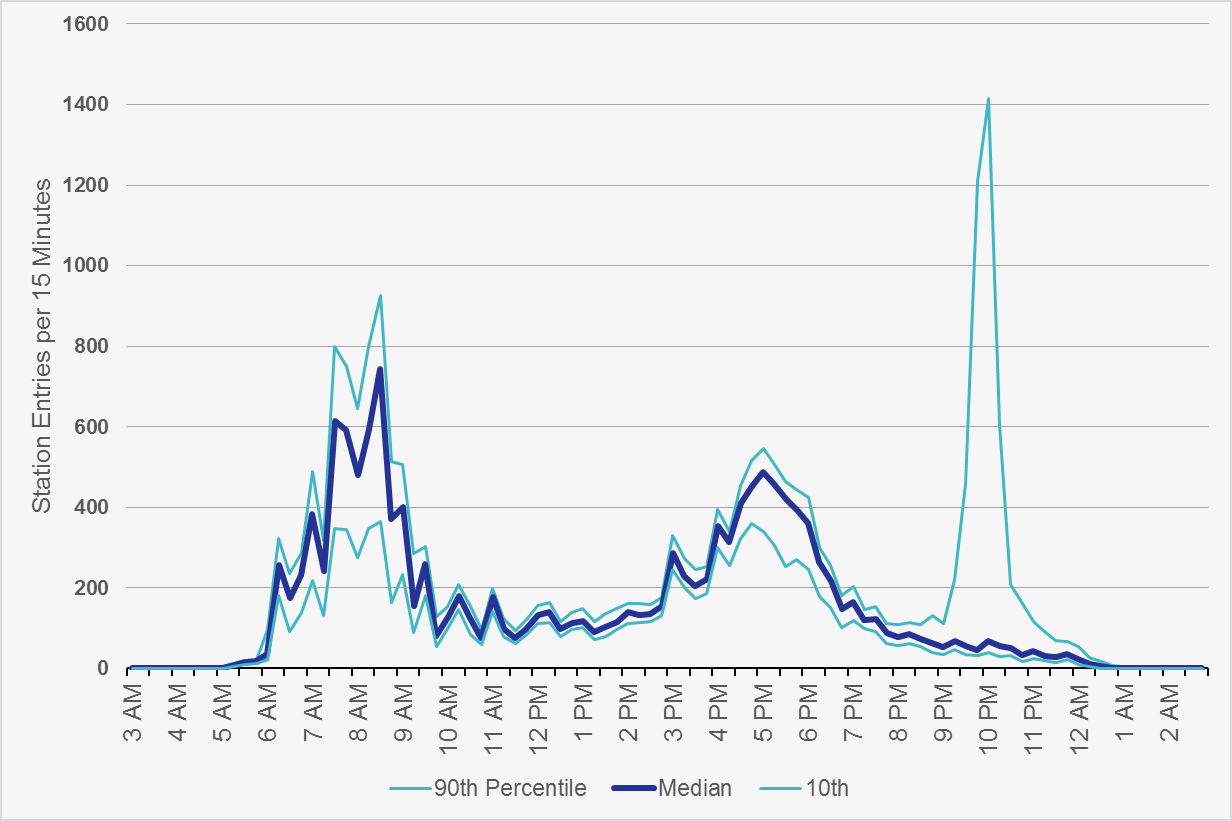 These stations have similar patterns and it makes sense to look at them together. Most people got station 4, which has a morning “bumpy” peak as commuter rail riders transfer to the subway, a smaller evening peak as people go home from working in the area, and a huge peak around 10 PM on certain days as people leave events…which of course describes North Station.

Station 3 was trickier. The main clues here are the overall low ridership, and the dual peaks in the 90th percentile in the evening — around 9:30 and 10:30 PM. Some people thought Kenmore or Fenway, but Kenmore has higher ridership than this, and Fenway is an ungated station. Plus, the Red Sox unfortunately didn’t play on very far into the fall in the time period studied. This station was Symphony. 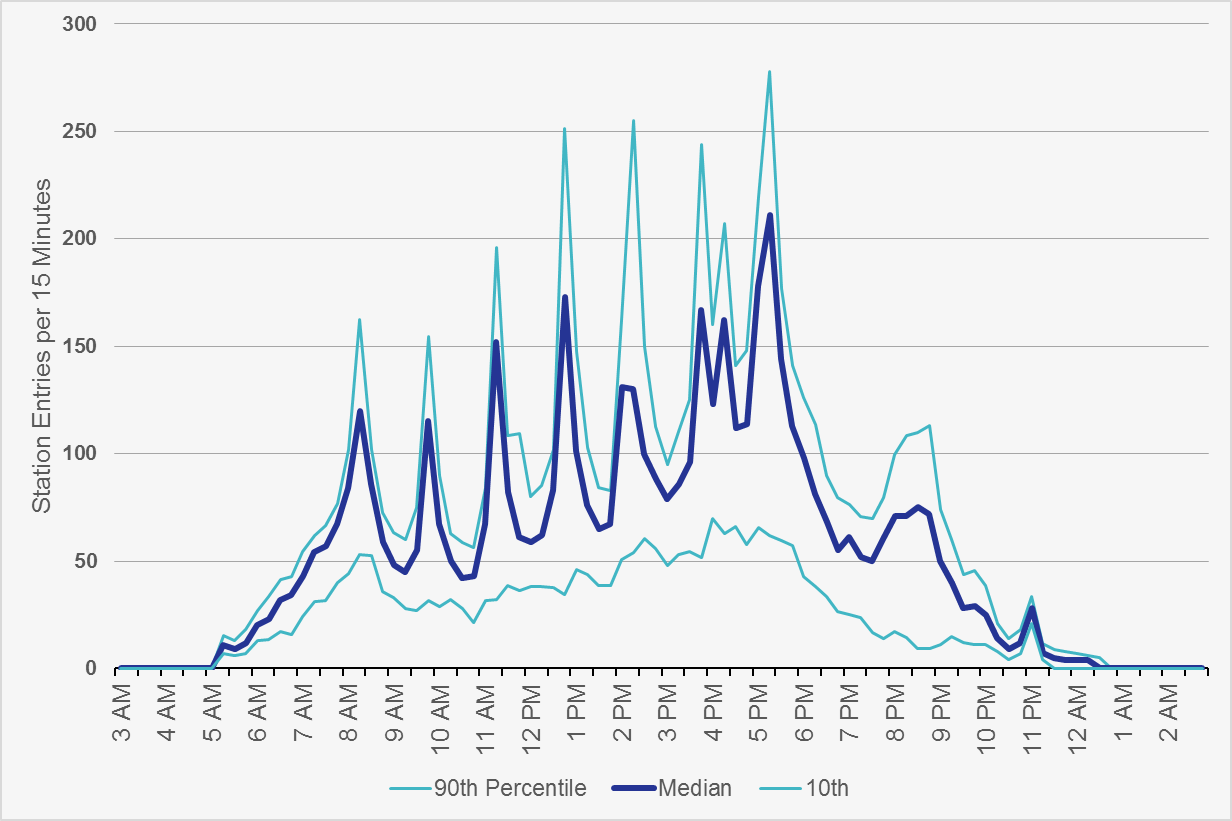 This station probably has the coolest pattern of any in the system. We see spikes at 8:15 AM, 9:45 AM, 11:15 AM, 12:45 PM, 2:15 PM, and then multiple spikes between 4 and 6 PM. We then see smaller spikes at 8:30 PM and 11 PM. Some people guessed that there were arriving Commuter Rail trains somewhere, but there are no trains with that level of ridership during the mid-day, nor with the steady peaking pattern. Those who thought this was a class schedule were on the right track, but which school? It would need to have a large commuting population, which narrows the choices down, and have little activity at the station outside of college traffic. That leads to two main options: JFK / U-Mass and Community College.

The final clue is the “tightness” of the peaks. This suggests that people are leaving classes and going quite quickly and directly to the MBTA station. Which means that it must be Community College, as students at UMB need to take a shuttle or a bus to get to the campus. Here’s JFK’s pattern for comparison. You can see a similar peakiness, but it’s less defined, and there is a significant number of commuters arriving around 8 AM as well which we don’t see in the Community College chart: 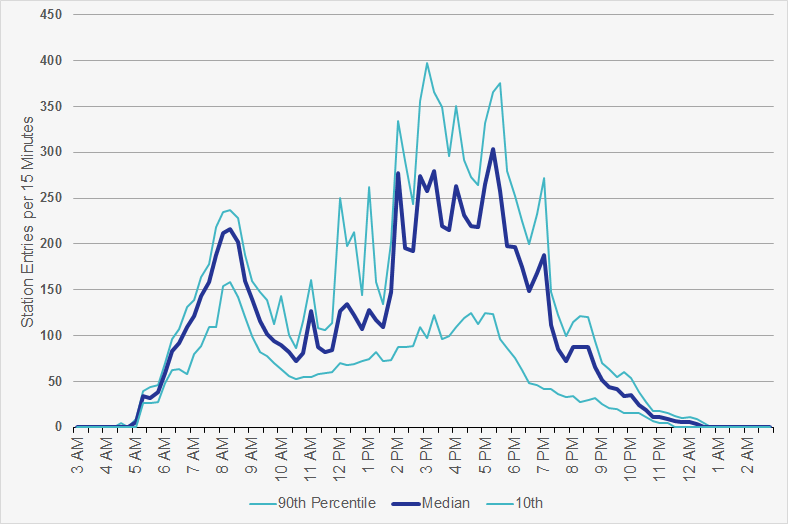 Thanks for playing along with us. We hope you had as much fun as we did. We’ll try to work on more data-based quizzes in the future!